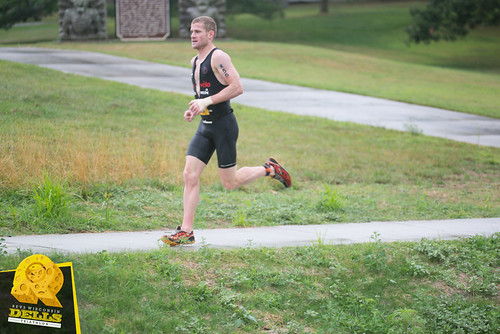 This past week has been pretty awful, but I finished it on a high note, finishing 2nd place at the Rev3 Wisconsin Dells. That makes for three podium finishes in three weeks, and even though this wasnâ€™t a third win, it was my best performance of the three races.

Wednesday I failed the bike workout Mike gave me. This happens from time to time and I donâ€™t worry too much about it. What was bad is when I failed it again on Thursday. Basically I found my limit with training and my body was telling me to shut it down and recover. Friday and Saturday thatâ€™s exactly what I did. I focused on school and getting to Wisconsin, and on sleeping and eating healthy food.

When I got to the race Sunday morning my body was starting to come around, but the weather had done the opposite. It was pouring as I warmed up. As much as I love the rain during races, it makes warming up really miserable. On a different day I may have cut the warmup short, but after two full days off from training I needed a long warmup to get my body moving.

Things started going well when the race started and I found myself swimming next to Dustin McClarty. That was only for about 100 meters, but thatâ€™s like hanging onto a ballistic missile while it launches. Cameron Dye, Eric Linkemann, Kyle Leto and I ended up swimming together in a pack.

Out of transition Cameron took over the race. I rode next to him for about 5 miles, trying to take the lead, but when we hit the first long grind of a hill Cam dropped me. I held him steady for another 10 miles after that but eventually he started creeping away, entering T2 with over a minute lead.

I ran really well. The split of 34 minutes and change doesnâ€™t show that, but with a really hilly course I felt like I was running quite strong. I closed about 25 seconds on Cam (the results say I did that in T2, but there is a lot about the splits in the results that doesnâ€™t really make sense). I finished 2nd with a solid 45 second lead over Kaleb VanOrt, who just edged out Brooks Cowan at the six mile mark. 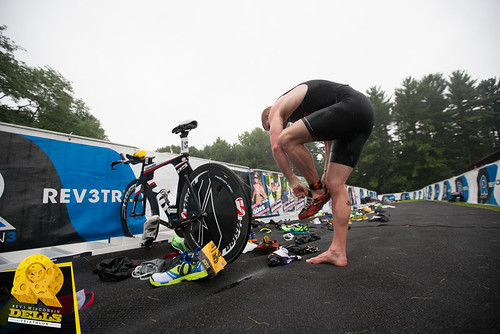 I feel like Iâ€™m finally starting to get some fitness back after a strange summer of inconsistent training. In two weeks Iâ€™ll be racing the Chicago Triathlon here at home, and Iâ€™m hoping to put on a good show for my new city.

I want to thank (in order of appearance) Garmin, Blue Seventy, Cervelo, Vision, Champion-System, Rudy Project and Brooks for their support this year. I hope I can keep living up to the potential of their equipment.

On a different gear. Abby also did the race. It was her first triathlon and she finished with a smile on her face. Will she do another? Maybe. First priority is med school and getting a job where we can afford our growing dog food bills. 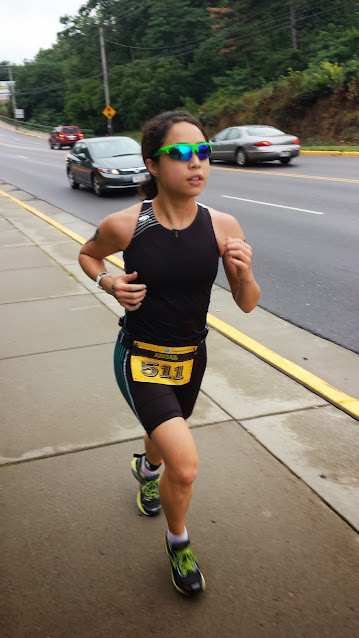 Abby on the last stretch! 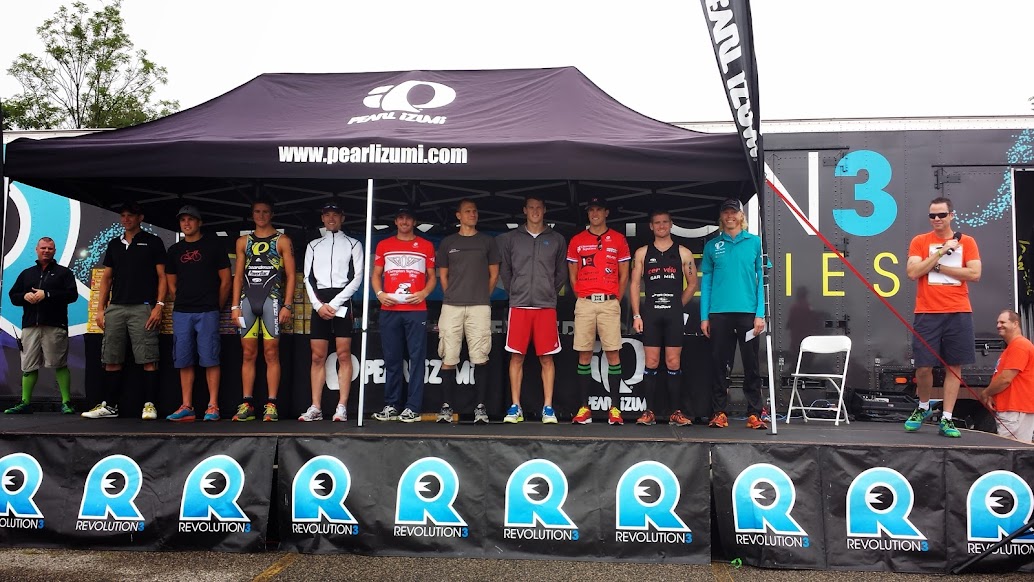