There I was, flying past hipsters and racing stoplights through Wicker Park in Chicago. Passing cars and drawing look of bewilderment from my bike commuting brethren. My legs were pumping like pistons and foggy breath streaming from my upturned lips like the smoke stack on a locomotive. It was my first experience with Divvy â€“ the Chicago bike share program â€“ and it was awesome! 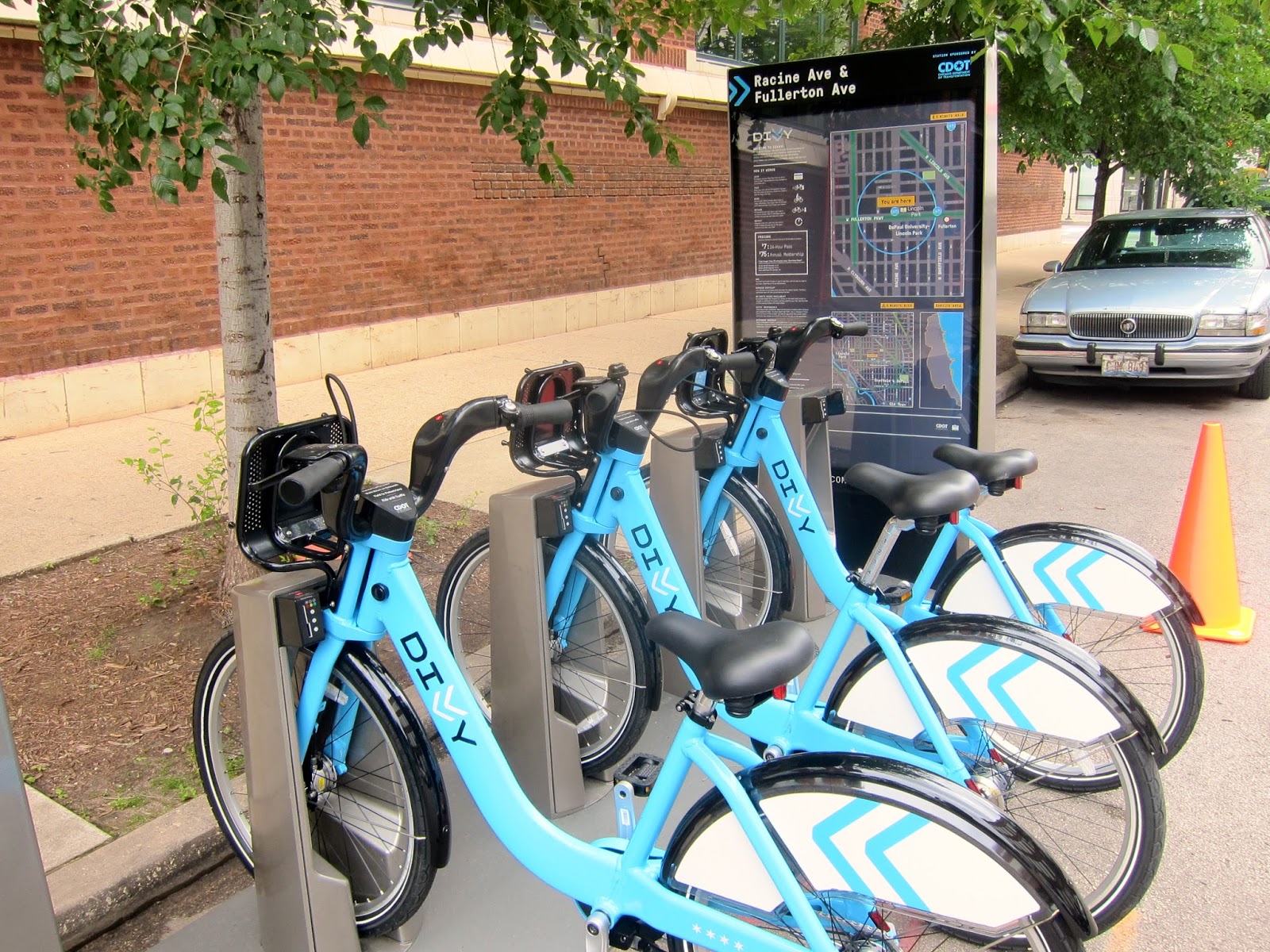 I have always been a huge proponent of efficient public transportation, bike commuting and community building. I worked for Seattle Department of Transportation during college; timing lights and helping implement new traffic monitoring equipment. In Hawaii I went to grade schools with Hawaii Bicycle League teaching fourth grade students how to safely ride their bikes in the road. So it should come as no surprise that when Alta Bike Share and Chicago Department of Transportation started the Divvy Bikes program this year I was beside myself with excitement.

Still, I was not the first member of the program.

I wasnâ€™t even early enough to be a â€œFounding Memberâ€ (a group that was given a discounted  annual membership and special key). In fact, as of today, Iâ€™m still not an annual member of the program.

I could blame that on where I live â€“ the South Side didnâ€™t have stations until the end of the summer season, and there wasnâ€™t a station within walking distance of my house until late October. But in reality, despite being a huge fan of the idea of bike sharing, I like my fixie (I have a junker for when Iâ€™m not training because my Cervelo wouldnâ€™t last five minutes locked to a bike rack) and most of the time my commute is longer than the 30 minute period before you start being charged for the bike.

I bought Abby a membership so she could get around the Loop and see more of Chicago without worrying about her own bike, but something (it was ego) kept me from even trying to the bike share program myself. 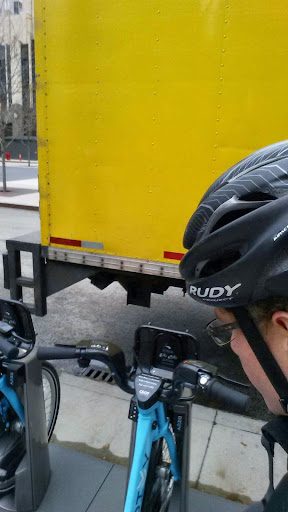 Then a day came when Divvy was my only logistical option. I was registered for SeenCon, a startup networking conference held at University of Chicagoâ€™s downtown campus. I had to be there all morning, then find my way to Logan Square for another meeting before coming back to the loop. My commute allowance was less than time it would take on public transportation and bringing my junker with me in the morning was going to be really inconvenient.

The SeedCon event was sponsored by Divvy Bikes, so I decided to give the blue cruisers a shot. Abby seemed to like them and there is a station right outside Gleacher Center where the conference was being held. Plus, as a sponsor, Divvy gave all the attendees a free 24-hour pass to try out their bikes. Perfect storm.

The first thing I noticed as I mounted the bike was how incredibly weird it felt for my back to be perfectly vertical on a bike. The seat feels like a couch and is not conducive to riding hard (I would have preferred this one). The bike offers three gear choices, but thereâ€™s no â€œbigâ€ gear so at first I thought my top speed would be pretty limited.

I was wearing my helmet because I had the foresight to bring it with me from home, but if I hadnâ€™t I would have had to either reconcile my habit of yelling, â€œwear a helmetâ€ to cyclists I see risking their brains to chance or go another way. I probably would have taken a bus and been late to my next meeting.

As I rode down Michigan Avenue I quickly started to see the benefit of the cruiser in traffic. That vertical position made it easy to be aware of my surroundings and cars seemed to be more accommodating than when Iâ€™m on a road bike. I kept sliding off the seat, but the springy ride was kind of fun and good posture did help my butt stay on the seat.

After a quick mile I started getting used to the bike. I was sprinting along trying to make green lights and making up for the small gearing with 120+ cadence. I noticed pretty quickly that cars drivers were giving me strange looks as I passed and I wondered if theyâ€™d ever seen a guy in business casual on a Divvy Bike keeping up with the cars.

I was starting to really enjoy myself as I got used to the bike, and by the time I turned onto Milwaukee Avenue my lungs were burning from the cold air.

Thatâ€™s about the time I passed my first hipster and saw the reaction. Itâ€™s a face I probably would have made myself in their position. Just imagine, youâ€™re on your fixie, pant leg rolled up just so, and the brim of your cycling hat flipped up to show off your oversized black rimmed glasses. You take a lot of pride in being a bike commuter and despite thinking the bike share programs are a great idea you secretly carry an attitude toward the people who ride them because of their lack of bike handling experience or dedication to the cycling culture. Thatâ€™s basically me before this ride, only I would have a helmet over my cycling cap.

Now imagine yourself being passed by a due in grey slacks and a dress shirt, a helmet and a goofy grin on his face. His legs are flying at 130 rpm and his back is perpendicular to the ground as if he were riding a horse. It would be surprising, to say the least.

It took my a while to get over my own preconceived notions about the bike share program, and the people who are riding the blue cruisers. On an intellectual level I have been a staunch supporter of of bike share programs; passionately defending them on numerous occasions as their growth sprouts further debate around the country. But on an emotional level I had built a barrier to trying the program myself. It took a nudge â€“ a situation where the other available options were clearly inferior â€“for me to face my social fears. The ego is gone, these bikes arenâ€™t just for tourists and the casual rider. They work for me to get around Chicago and itâ€™s a lot more convenient than my junker fixie when Iâ€™m downtown. Iâ€™m ready to be Divvyâ€™s newest member.